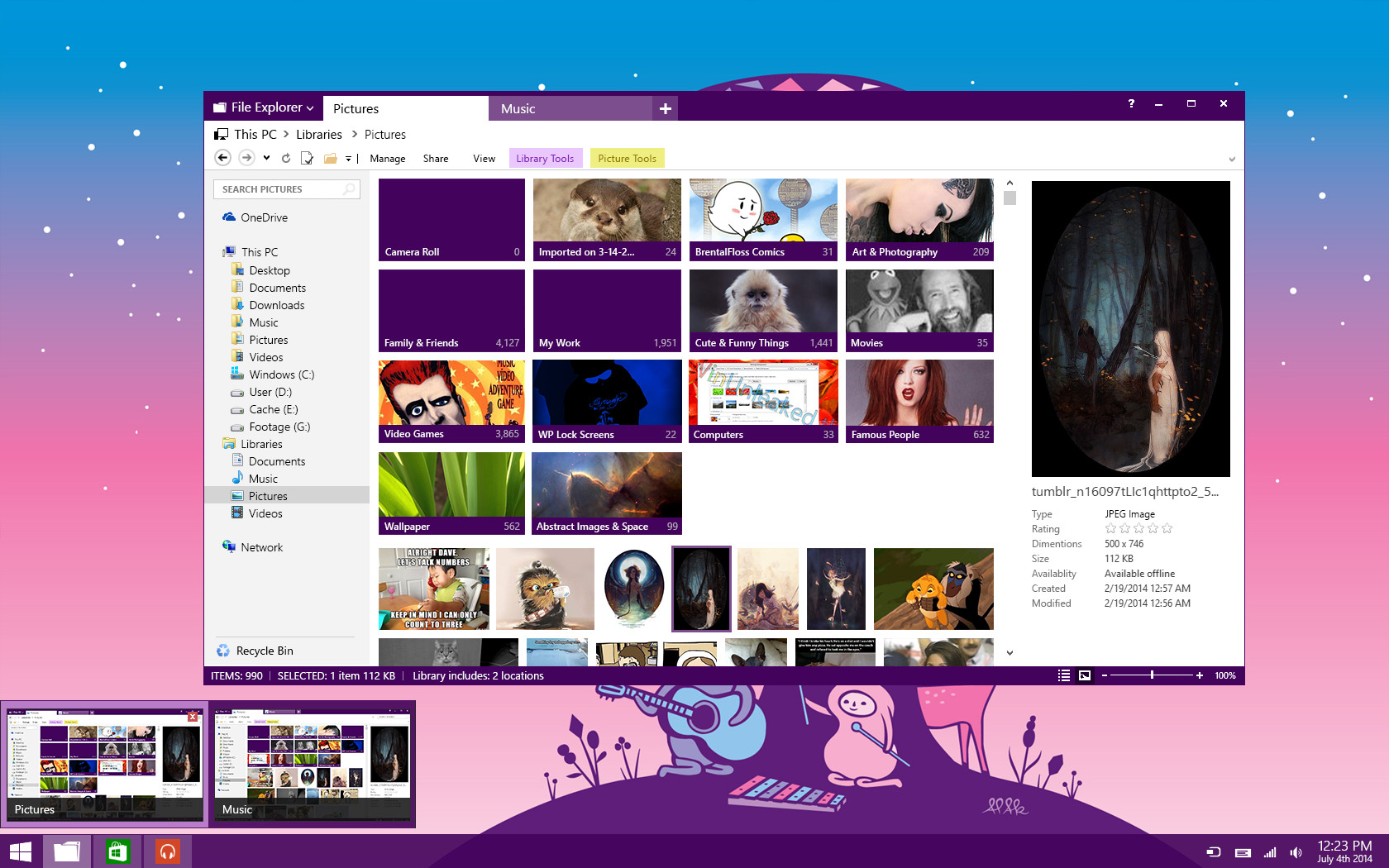 As a person who makes a rather intensive use of desktops and different desktop environments, I’ve found myself not once contemplating about what is the most effective design for the big screen which also doesn’t subtract from its eye-candy? Now that Microsoft has announced their convergence plans, it’s became very clear that each device should