A compositing window manager is that part of your OS responsible for drawing the windows on the screen and also it’s the part that brings beautiful visual effects too.

So far in the Linux realm we’ve seen quite a few compositors (Compiz, Compton and so on), whether standalone or part of a complete window manager, all has their part to contribute to the ecosystem.

So what does qmlcompmgr has to bring to the table?

Well, at this point in time it seems that what makes qmlcompmgr so special is that it’s pretty small and lightweight compared to a full-blown window manager.

Another advantage about qmlcompmgr, lies in the fact that it’s a standalone app which means you should be able to integrate it with other window managers such as: xfwm, openbox, etc… and it won’t affect the way windows look but only their behavior.

However, probably the best feature that qmlcompmgr has to offer, which stems directly from the technology it’s built off of, is the Qt scene graph implementation that brings full hardware acceleration capabilities.

In layman’s terms, it essentially means you may notice a perceivable faster performance.

With all the above being said, there are yet 2 things you should probably take into account as well and these are:

As mentioned above, qmlcompmgr is meant for X11 windowing system, however it’s a known Linux convention that Wayland is the future and X11 is probably going to be left behind.

So, in case you’re planning on going with the flow you should consider that qmlcompmgr will serve only through short period of time, if any.

qmlcompmgr is still experimental, i.e. not yet production ready

Part of the reason why I say “if any” on the paragraph above is the fact that currently qmlcompmgr is not yet ready for prime-time and still suffer a few known issues.

Hence, although I wish all open source projects to become mature and production ready, we all know that in some cases the reality isn’t so and sometimes projects are left behind.

Lastly check out the following short video preview made by Alexander Mezin, the author of qmlcompmgr:

For all of you early adopters and testers who wish to try qmlcompmgr by yourselves, click the button below which will take you to the source code page on github. 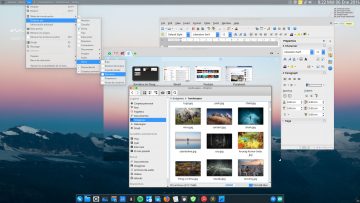 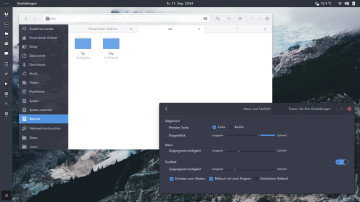