While Apple and Google are holding the reins of the mobile platform, the open source community isn’t exactly resting on its laurels.

As of current, there are many projects that aims to bring GNU/Linux operating system (OS) into the mobile platform, examples of such include: Maemo, Mer, SailfishOS, Plasma Mobile and Ubuntu Touch, the latter was recently discontinued though.

Although each of the aforementioned has its own uniqueness to introduce to the world, none of them seem to have what it takes to gain significant market share away from either Google or Apple.

The keen readers among you, would probably note by now however that Google’s Android is in fact an open source OS which is based on the Linux kernel (with some modifications included) and technically, you’ll be right to say so. But if there’s any key difference which distinguishes Android from the rest of the bunch then it’s probably the following:

While Android is being governed by a single, gigantic entity, not to say a monopoly even, the rest of the projects are managed by a much smaller scale entities, in some cases they may even come down to the efforts of mere individuals – all are trying to peck at the two giant companies monopoly over the platform. Some of which are trying to bring the things we love from the GNU/Linux desktop to the mobile platform.

Thus if for no other reason, perhaps the above paragraph would pose a good enough reason in your eyes why should, at least some of these projects, succeed.

To help these projects succeed, Halium – a community driven project – is maintaining the notion that instead of working separately, all should unite under a common base which will reduce the workload on all projects overall, thus freeing them to focus more on the user perspective and marketing.

To do so, Halium developers have outlined the basic parts which should and would be part of any project that attempts to bring GNU/Linux to mobile hardware, these components generally are: The Linux kernel, Android Hardware Abstraction Layer and libhybris.

“By having these parts shared, we believe that it will reduce the fragmentation we have currently.”

A Standard! Not, Yet Another Project

While making their own contribution to the GNU/Linux efforts of reaching the larger mobile crowds, it seems important for Halium to stress that unlike AsteroidOS, LuneOS, Mer, Plasma Mobile, etc…  their effort is not about becoming a new competitor for Mobile market share, but about serving those that do compete via supplying them with common platform that can be reused by these communities.

At the moment, Halium is nothing more than a “draft document to which multiple developers contributed”.

But in the future, perhaps with your help, Halium might become a springboard for many GNU/Linux projects into the mobile platform. 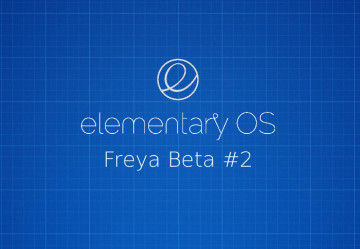 Elementary OS “Freya” Beta 2 Is Out 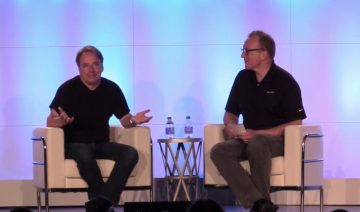