Google just can’t stop making headlines this week, after the last post about Google (potentially) voiding their rights to ship Chrome OS, yet another news regarding the OS, this time in a much more positive light.

Although they could’ve chose Wayland or perhaps even (Ubuntu’s) Mir which are both modern, open source replacements for Xorg (X11 in other words), Google has decided to develop their own graphics stack specifically tailored to Chrome OS needs.

According to the latest announcement from Chrome OS’s stable channel, some devices have already been updated to the new freon graphics stack.

[ If you own a Chrome device, you can check by enabling Developer Mode and switching to a Virtual Terminal with <Ctrl>+<Alt>+<F2>, then see if you get a “Welcome to frecon!” message. ]

The new stack is supposed to provide better performance, primarily improving on a couple fields:

Would this be the change that will bring Chrome OS the large market share its been craving for? It’s still too early to say, though it surely is a step in the right direction.

Have any thoughts about Chrome OS and its latest changes? the comment section is at your service :] 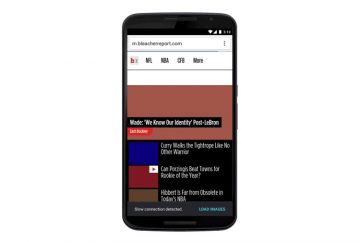