It’s been quite some time since I visited the Chrome / Chromium OS project by Google and although it has been real quiet lately, it does seem to have become more polished nonetheless.

Chrome OS brings the user a familiar interface along with a speedy desktop on top of an affordable hardware. How affordable you ask? pretty affordable – prices range from 179$ for a simple Chromebox through 199$ for Acer C720 Chromebook.

If you’re interested in a higher performance machine there’s also the top notch Google Chromebook Pixel which costs 1,449$ at the most and has LTE included in this price.

However it’s not only the Chrome OS hardware that’s became more advanced but also the OS itself.

Chrome OS Advances with the Browser

It’s not a coincidence that Chrome OS is almost at the same version as the Chrome browser is, small technology advancements made are benefiting both of the projects since the OS revolves around, primarily, the browser.

If you remember the latest post about Chrome 35 release, which brought the Aura graphics stack to Linux Chrome (browser) users, then you might also remember how it affected your Chrome experience.

The same Aura graphics stack also runs behind Chrome OS desktop environment and is responsible for handling all the compositing and window managing of the desktop itself.

In Linux terms, you might equalize Aura to Compiz for example, and if you’re one of those who were impressed by its cube / other effect, then you’d probably appreciate how important Aura can be for the OS.

Although there isn’t one big decisive technology update going up in Chrome lately, all those small yet constant improvements are certainly worth pain attention for.

If you like chrome browser and its ability to run games (or other apps) inside of it, then you’ll probably also be fond of Chrome OS which also offers a unique way of operating a computer.

Finally, here’s a video giving you a small taste of how the latest Chrome OS looks like and some of the features it has to offer. Enjoy! 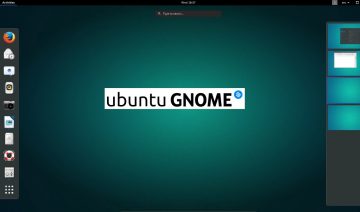 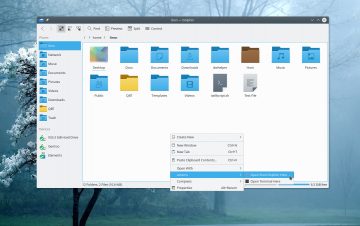 How To: Add “Open As Root” Entry Manually To KDE’s Dolphin File Manager?