It is a pretty rare phenomenon in the open source world where two projects, still at a very young age, decides to merge into one single project that is greater than the sum of its parts.

Nonetheless rare as it may be, it still didn’t stop the developers of both Now Dock and Candil-Dock from joining forces and create the ultimate Dock for KDE Plasma (albeit it’s not limited to KDE alone).

Aside from the usability features described below, Latte Dock boasts at having nice animations and in attempting to stay out of the user’s way by being there “only when it is needed”.

Desktop agnostic – although designed with KDE Plasma in mind, Latte Dock is built to be independent of Plasma shell and can still work even if the latter crashes (vice versa is also true).

Also, it can be loaded on other desktop environments too, although your experience might not be as smooth.

Single configuration – all the features related to Latte Dock are configurable from within a single window. 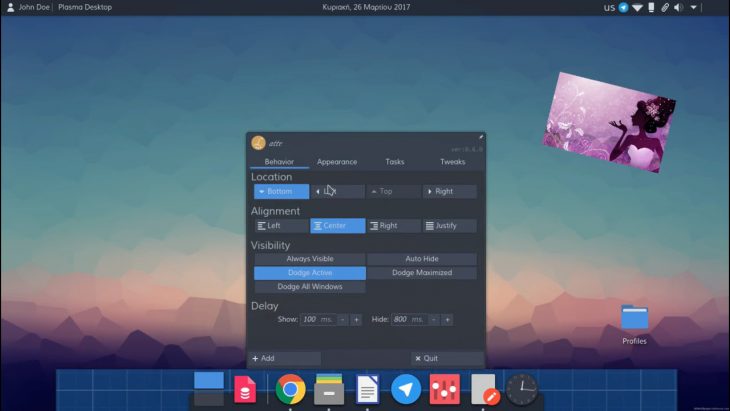 Latte Dock’s configuration are all in one window

Supports multiple instances – you can have as many docks as you like.

Multi-screens support – can be set to always display on a specific screen or a primary screen.

Auto fit to screen – applets can be set to a certain screen percentage so that users who often switch screens (multi screen users for instance) can set the size relative to screen size.

Also, it can auto adjust according to the free space on the screen – in case you use multiple docks, so that they won’t overlap each other.

Lastly, another handy feature Latte brings is called Alternative session – it allows you to switch to an alternative layout without completely wiping the current existing one.

The first stable release of Latte Dock (0.6.0) has just been released, it is now available on KDE Store.

To install Latte, you may either search your distribution repository for it and install it the way you would install any other package.

Or, you may download it from KDE Store and use the “install.sh” script to build and install from source. Note: you may want to change the installation destination prefix (inside the script).

To run Latte, search for Latte Dock in your menu’s applications, or simply execute latte-dock from the command line.

* Tip: If you run into the following error upon running Latte:

Simply search your system for the following two files: “liblattedockplugin.so” and “qmldir” (both should be inside the same “latte” directory) and copy these files into the following path: “/usr/lib/qt5/qml/org/kde/latte/”. 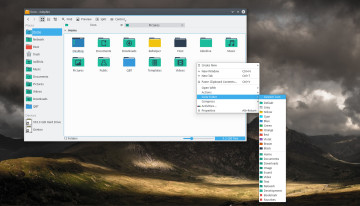