About 6 months following the initial SuperTuxKart 0.9 series launch, which incorporated a new rendering engine into the game, a new stable version of STK is now out.

New tracks has been incorporated both to its core and “gift” version – a version that’s offered to people who donate [or donated in the past] to the development of the game.

Of course, all the tracks offered in the gift version will also be available in future core versions as well, as promised by STK developers themselves.

“you want monkeys to throw coconuts when the karts are coming closer, now you can do this”

“this will allow track designers to include little scripts which are executed by STK to make tracks more dynamic.”

Lastly, a plethora of bugfixes was included in this version as well as small tweaks and polish. For example:

The ability to change the direction of arrows (indicating in which direction to drive) when a track is driven in reverse, or, the underwater landscape that has been improved will now enable you to spot fishes swimming in underwater ruins.

As you may already know, STK is a cross platform game that runs on Linux, Windows and Mac.

Linux users may want to wait for their distributions to incorporate the latest version in their repositories (time depends on distro / package maintainers).

If you wish to donate to SuperTuxKart, you may do so via the donate page.

Check out SuperTuxKart 0.9.1 in this gift package official trailer: 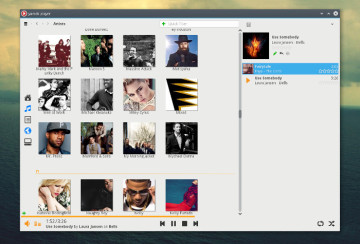