Thanks to a new project which is already under way, one of Linux’s most popular desktop environments – Plasma desktop – will shortly gain integrated encryption feature.

As the world advance forward on the technology frontier, it becomes more and more clear that individuals’ privacy is being thrown under the wheels of the bus in favor of corporate or government interests.

While we in the open source community in general and the Linux community in particular have long been advocating for privacy, it’s commonly remained the proportion of a marginal user share. Mostly due to the complexity and time consuming nature of encryption.

But no more! says KDE, the time is now ripe to bring encryption to the forefront and make it the share of the masses, or at least the Linux Masses.

Plasma Vaults is the current name of the new project, that, instead of introducing new mechanisms to the world will offer a variety of existing top choices as the backends of its new, user-friendly interface.

“The point of the project is not to provide a new encryption mechanism, but to provide a user-friendly interface to the existing ones that will be integrated into Plasma for improved security.”

At the moment, the selection planned to ship with Plasma Vaults will let users choose between EncFS, CryFS and Tomb. All three have their own advantage points and therefore it would be the optimal solution to leave the final choice in the hands of the user.

There’s currently no concrete date as to which Plasma version will be the first to ship with Vaults, yet based on the current stage the project is at, it shouldn’t be too far. 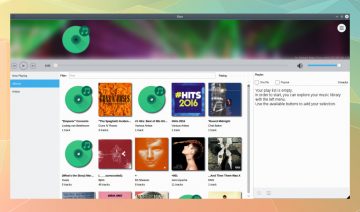