Towards the goal of releasing its 17.1 revision, besides introducing a few cool new features that will be added, Mint has also decided to break from its long term tradition of codenames and make the following an exception.

If you’re not yet familiar with it, the codename tradition of Mint goes as follows:

Albeit its tradition, this upcoming version of Mint has been exceptionally given the name “Rebecca”, which, according to Mint is ‘of Hebrew origin and its meaning is “to bind” ‘, though my Hebrew sources have a little bit different interpretation for the name i.e. “fattened veal”.

But let’s not argue over which source is more accurate and lets focus more over the reason for breaking the tradition.

Why The Sudden Name Change?

According to Clem, Linux Mint lead developer, this decision was made because “It wasn’t easy to find a codename starting with Q initially, and with the move to LTS it’s getting harder and harder as the series might get a total of 4 or more releases.”

So there you have it, breaking the tradition isn’t going to be an ongoing trend with upcoming versions of Mint (18, 19, 20…), but merely an adaptive response to abnormal cases were its ‘not easy’ to find a simpler solution.

Although “Rebecca” isn’t yet ready for release, some of its upcoming features had already been previewed on its development version, for example:

In case you haven’t yet had the honors of taking Mint onto a ‘test ride’ on your machine, the link below will take you to its downloading page. Oh and be sure to check Linux Mint 17 “Qiana” Review in order to see what’s it like before putting both feet into the water. 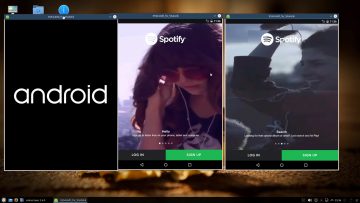 Are Millions Of Android Apps Headed Towards Plasma Desktop This Year (2016)?