In favor of those who are not yet familiar with Material Design, let’s first take a moment to get a basic understanding of what it is and perhaps the images along the article might also ring a bell for you.

What is Material Design?

Material Design is a new design language invented by Google in order to better cope with different device sizes and screens while incorporating classic principles of good design with the innovation and possibility of technology and science.

All that of course, while maintaining: touch, voice, mouse, and keyboard input methods as ﬁrst-class citizens.

The result is a cleaner design with increased use of grid-based layouts, responsive animations and transitions, padding, and depth effects such as lighting and shadows.

If you want to get to know Material Design first hand, I shall recommend you ‘test-drive’ a mobile device which uses the new Android version 5 codenamed “Lollipop”. 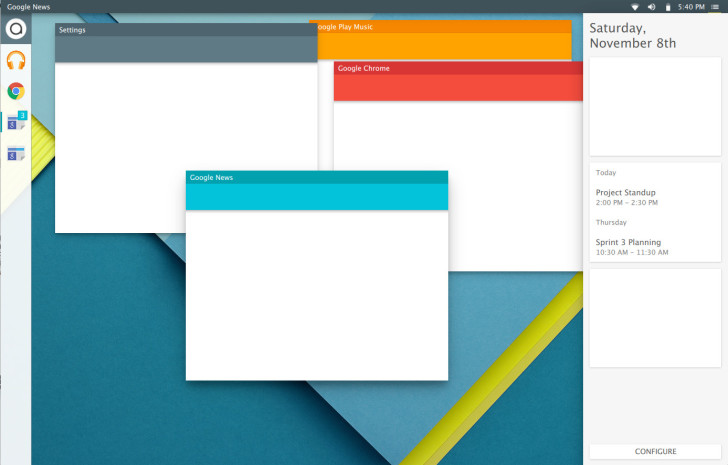 As mentioned above, Quantum OS is a new Linux based distribution which is currently under development and the developer/s actually hasn’t decided yet on which distro should it be based off of.

According to its creator and main developer, Michael Spencer, there are currently two main contenders for the title, one is Arch-Linux and the other being Ubuntu.

Both of which are seen as highly suitable candidates to initially leverage the distro, though neither has been officially chosen as of current.

Back to Quantum’s main point of interest, its design is said to be based on Qt 5 with mostly focusing on QML language, hence making it technologically advanced and highly dynamic.

Just to remind you, QML is what Ubuntu chose to use on its mobile OS version, dubbed as “Ubuntu Touch”.

Apart from that, it is also implied by Michael, that Quantum is going to use Wayland compositor by default. 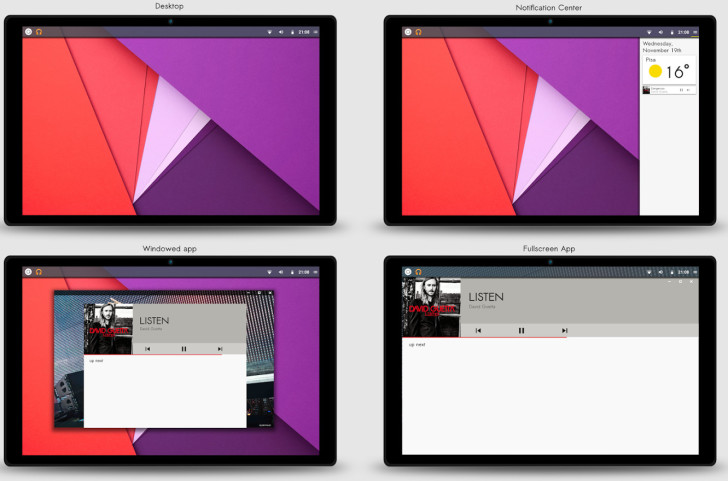 When taking into account that Quantum is going to be using: Ubuntu / Arch and also Qt 5 and Wayland at its base, you might wonder then –

how would Quantum Apps are going to look like and whether they’ll be compatible with other OSs / distros?

To answer that, I’ll start with a quote of what Quantum OS says on its official website:

“The UI framework itself will be cross-platform, just as Qt itself is, so apps written with it will run on OS X, Windows, or other Linux distributions. This plays well with the concept of Material Design, which aims to be a cross-platform design framework.”

So yes, they will definitely be compatible with other distros / OSs according to that. and as far as how would Apps will look like – I believe the mockup images along the article are enough to give you the idea.

It might probably also interest you to know that Qt/Gtk theme for existing apps will also work on Quantum though the official recommendation will be “writing new applications or porting existing applications to the Material Design framework.”

what will come-out of this ambitious new project, will be interesting to note in the future, until then we shall keep our eyes and ears open waiting for good news to come :] 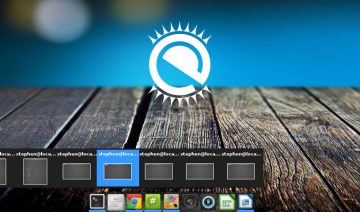 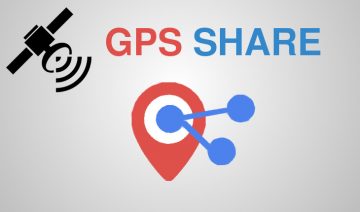