Good news for all of LXDE adherents out there, although the project has recently announced and commenced a migration to Qt widget toolkit, which is now referred to as LXQt.

It doesn’t mean that the GTK+ based version (LXDE) is being dropped.

LXDE Is Not Dead

If you’re an LXDE active user, you’ve probably noticed many LXDE gtk+ components got updates recently. That is no coincidence, so you know.

According to one of LXDE / LXQt core developers, nicknamed “PCMAN”, the persistent version of LXDE is still being actively maintained and developed, with its lead developer named Andrej N. Gritsenko.

“LXDE is still actively developed and maintained by the developers lead by Andrej N. Gritsenko (LStranger) and as long as gtk+ 2 is in use, I believe that they’ll keep working on it.”

Therefor, you can rest assured that at the least in the upcoming year 2015, LXDE would still be readily available for use by all who wish for it.

Now, another intriguing question arises from the herein situation: why split the effort and maintain both GTK+ and Qt versions?

Well, perhaps if LXDE wouldn’t be so committed to using GTK+ version 2, as it is today, it might not matter that much.

However, that’s not the case. Though lately there were some GTK+ 3 patches added to it.

The thing is, GTK+ 2 is getting old and harder to maintain over time, which is not a good thing when you plan your project to last for at least few years from now.

Another, difference which is a huge one by the way, is that each toolkit creates different looking apps with a different behavior and capabilities.

Besides that, another aspect you might want to bring into account when considering Qt or GTK+ is the fact that GTK+ is generally lighter (tests have shown that LXQT is using about 17MB more than its LXDE counterpart).

Yet again, this refers to the 2nd version of GTK+ and not its latest, which, as I already mentioned, is getting old.

So as you can see there is a difference between the two, and that’s of course without getting into further details and the great deal of features which makes each toolkit distinct on its own.

Thus it’s understandable why people may tend to like one over the other, since each has its pros and cons.

And who knows, perhaps at some point (ahem when Wayland comes) one will be dropped in favour of the other.

If you have a personal preference for either LXQt or LXDE, don’t be shy to share your thoughts in comments below. 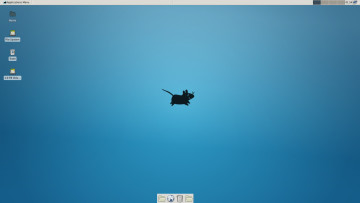