Based on “Rust” programming language, WTFTW is a tiling window manager somewhat akin to xmonad.

Well, here’s a nice explanation according to wikipedia:

“Tiling window managers paint all windows on-screen by placing them side by side or above and below each other, so that no window ever covers another…”

So in case you don’t feel like spending your time aligning and searching for windows, a tiling window manager may be a great solution for you.

Back to WTFTW, you might be wondering now why should one use it when there’s already so many other great WMs out there!?

The honest answer is that it’s a matter of personal choice, you probably wouldn’t find it in use on the average user desktop, yet there are some niches to which it appeals.

For instance, if you like to thinker and configure your desktop a lot, WTFTW can prove to be quite of a “playmate” for you since it lets you do almost anything you want with its config file, practically bounding you only to the limits of the Rust programming language itself. (and your hardware of course)

Aside from that, there’s another obvious advantage in using WTFTW instead of say GNOME, KDE, or another full-blown DE, and that’s the fact it’s a lot more lightweight than those.

However, on the other hand this can also work against it in the event you’re looking for a complete desktop environment.

So, as mentioned above, it’s simply a matter of personal choice, but the important thing is that you have a choice – one of the benefits you get when using Linux.

Lastly, in case you were wondering, WTFTW name is an acronym for – Window Tiling For The Win – surely, by now, you could’ve already guessed it though.

If you like to install / try / test WTFTW, simply, follow the instructions in the link below and don’t be shy to tell us your thoughts about it in the comment section below. 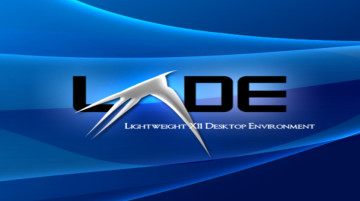