In case you’re unfamiliar with it, sync to Vblank is meant to make screen tearing go away – for many, that feature is considered a “deal-breaker”. One way to deal with the issue though is by installing Compton.

Improved Since Previous Version (The Better)

In favor of those who didn’t read it, I’ll just say that there’s a design convention called Fitts’s law and it basically saying that it’s much easier to click on a window-(close)-button when it’s found at the very screen edge.

Although it’s not free of drawbacks, Xfce 4.12 does bring many advantages onto the table.

I really enjoyed seeing its wide range of improvements, though for its shortcomings I’d probably still won’t be making it my default DE.

If there’s one thing worth mentioning about Xfce and this 4.12 release in particular is that the developers did / do a great job at keeping it heading forward.

It seems that the typical Linuxisms users often complain about – the ups and downs of the development – are spared by the Xfce project and that’s probably due to a clear goal and a long period of development before releasing a stable version. 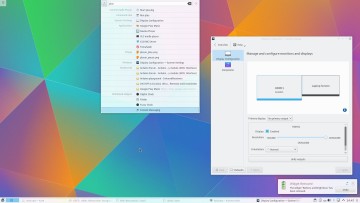