It’s been only a day after KDE, GNOME’s major competitors, has released their latest version of Plasma desktop, and today we are seeing the release of yet another grand DE in the Open Source ecosystem.

On this release, much of the effort was spent on core applications such as GNOME Software (GNOME) Photos and Files. Lots of the changes you’ll be getting will be very subtle, many on the polish and fine-tunning level.

However below the surface, 3.20 brings major rework that will make future development much easier and probably even more rapid.

For the first time in GNOME history you are now able to make system upgrades via the Software tool.

Most GNOME applications now come with a keyboard shortcuts window, easily selectable from the app menu. 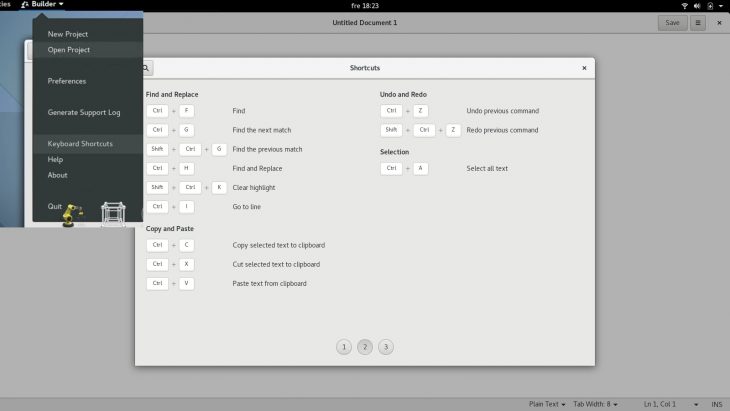 Search filters in Files have been revamped, it is now more robust, fast and responsive.

Other improvements to Files include:

More compact preferences dialog, extra zoom level in the list and grid views, bigger thumbnails, and the display of available and remaining space for drives in the other places view. 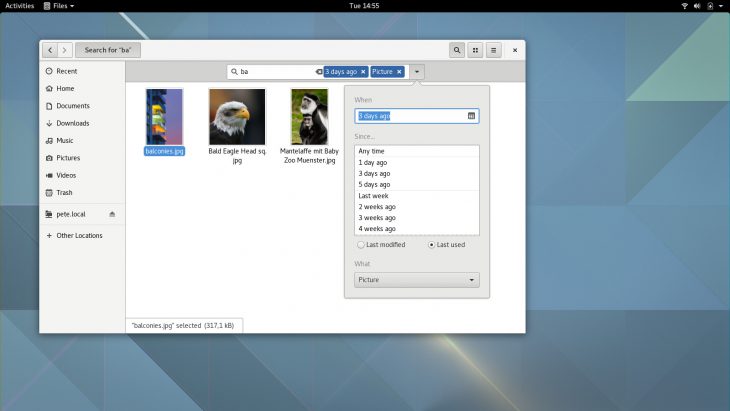 New editing functions include crop and rotate, color adjustment and picture enhancement. A selection of artistic filters are also available. 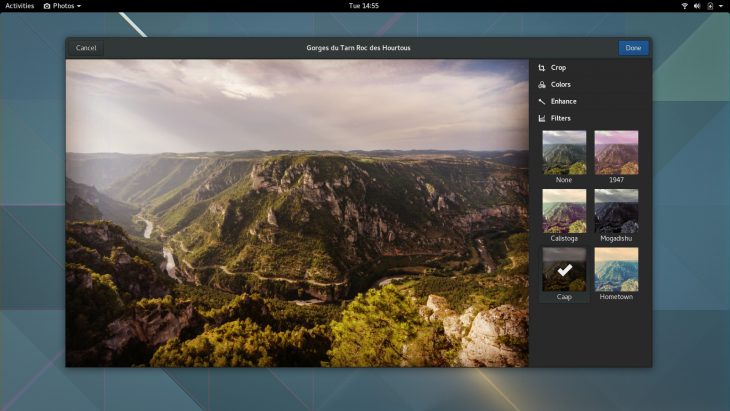 The next and last 2 notable features might seem familiar from another (recently) released desktop environment.

For quick access purposes, media controls are now built-in and displayed in the notification / clock area.

Media controls are inside notification area

Next generation display server for Linux, Wayland is on the brink of landing at your desktop. In 3.20, GNOME has made a huge step forward towards making it usable.

Lastly, a few words from Matthias Clasen, one of GNOME lead developers who made the release announcement:

“This six months’ effort wouldn’t have been possible without the whole
GNOME community, made of contributors and friends from all around the
world: developers, designers, documentation writers, usability and
accessibility specialists, translators, maintainers, students, system
administrators, companies, artists, testers and last, not least, users.
GNOME would not exist without all of you.

Thank you to everyone!”

Thank you too Matthias. 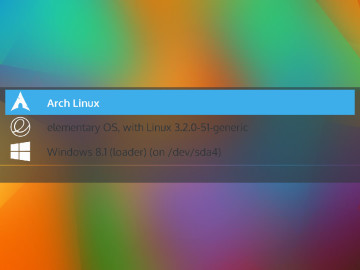 Breeze Your GRUB A Little With A New Theme