People who grew up in the early two thousands and before it should be well acquainted with Microsoft’s Windows and its complete dominance of the operating systems market.

It’s been more than two decades now that Microsoft has dominated, not all sectors, but surely, the private sector and the vast majority of the business and government sectors, excluding supercomputers which are strongly dominated by Linux :P

During that period, Microsoft has managed to base its Windows hold on the desktop and laptop platforms, reaching more than 90% market share at peak.

With such a deep and wide grasp, it seemed impossible to remove Windows from the top position it had reached. Yet, as it recently turned out, the blow to Microsoft’s soft spot has come from a totally different and unexpected direction – mobile devices.

What started at another giant corporation hands, that is Apple, eventually turned around and became Google’s victory, in the shape of Android.

But before I’ll start raising the concerns we should all have regarding Google (does anyone still remember they’ve outgrew themselves and formed Alphabet?), let’s take a look at the statistics.

According to StatCouter[1], a website which measures and analyzes online statistics, the current usage share of the most widely used operating systems in the world is led by Android with 37.93% market share and Windows right behind it with 37.91% market share. 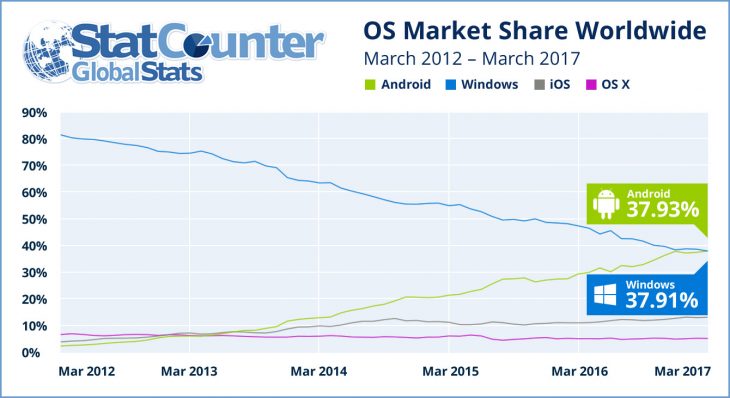 It’s quite obvious that Microsoft based its grip over those countries which were considered developed for, at least, the past 20 years. Whereas countries that have only recently raised to a status of developed country, or those that still struggle to get there, are all majorly dominated by Android – which is able to cater to a less affluent audience.

World map that shows leading operating system according to country

Now that we have washed our eyes with some gross facts of our current reality, it’s time to talk about where is this reality is leading us.

As I mentioned earlier, the big winner of this ‘Game of Thrones’ – OS version, is actually not Android, but Google. It just so happens that Google, besides Android, also dominates the most visited media website in the world – YouTube, the most popular email service – Gmail, obviously they dominate the most widely used website and search engine in the world – Google, and lastly, they also won the browsers domain recently – Chrome.

When you think about all the information that runs under just one single entity, with no clear aspect as for their motives and what is done with all that information – Google is noteworthy for keeping much of their mechanisms away from public eyes, for example they don’t publish any of their search engine, Gmail and other services source code, nor the complete list of statistics they gather through their services.

Mind you this is an age where information equals power, hence you get a scary picture of what might eventually happen, if and when all that power shall be misused.

Of course, it doesn’t mean you should now become paranoid or anything, however it’ll be a good idea to keep this information in mind, just so you could be aware of the honey trap you may step in. 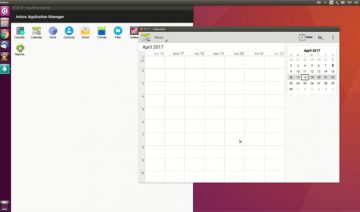 Raspberry Pi 2 Will Run Windows 10 Too 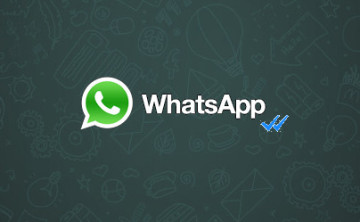