Recently I’ve encountered a special case scenario where Nginx strict configuration rules seemed to be unable to accommodate the specific directions I wanted them to carry. From that point, one thing led to another and all of a sudden I found myself researching open source web (http) servers in order to find the one that could provide me with high performance while being flexible at the same time.

Below you’ll find the fruits of my labor, after making lots of vigorous testings and tweaking in order to find the ultimate server which I set out to find.

Oh, and for the curious among you, here’s the Nginx “riddle” I was facing. See if you can solve the following configuration task before you finish reading the article. I’ll reveal the answer at the end of the article:

Your mission is to be able to direct all http requests to https as long as they do not contain the phrase “no_redirection” in them. Requests that do contain “no_redirection” are to return a 410 error page.

So urls such as:

are valid for redirection, whereas urls such as:

are invalid, and should return error 410.

My starting point was these rules:

Needles to say the rules above couldn’t deliver the required behavior.

And now, on to the comparison.

Apache made its first appearance on 1995, continuing another http server project (the public domain HTTP daemon) which development started to stall after the main developer had left the project. A group of aspiring webmasters then got together in order to coordinate their patches and bugfixes to the server and thus Apache was forged (a Patchy server).

With over twenty years of experience, Apache gained popularity[1] and accumulated lots of features along the way, possibly to the point where it may have become bloated, some would say.

Lighttpd (pronounced “lighty”) was first introduced to the world on 2003. Originally it was a proof of concept that the C10k problem can be solved, i.e. that one server can be made to handle 10,000 connections in parallel. Thanks to that proof, the high performance server later became quite popular that at some point it was even adopted by large scale sites such as YouTube, Reddit, ThePirateBay and so on (all three seem to have moved on to other servers by now though).

Upon gaining popularity, the large userbase had inevitably started filling the role of testing Lighttpd – a role which the small developers team apparently couldn’t cover fully. Some bug reports were filled regarding allegedly found memory leaks, most prominently concerning the F/CGI implementation which gave rise to rumors about Lighttpd being unstable.

Nginx (pronounced Engine X) was first publicly released on 2004. Just like Lighttpd, Nginx was also set out to solve the C10k problem, but being published a year after Lighttpd, it wasn’t credited for it. Its main premise however, became a lot more dominant as time went by: using asynchronous event-driven approach to handle requests.

The same approach have made it one of the most high performance servers out there today, being the second most popular in the world, according to recent statistics[1]. Yet Nginx strive for high performance comes with a price, the server has a set of rules which priority is unconfigurable, it also doesn’t allow for overriding systemwide access settings on a per-file basis (more on that below).

It is widely known that when it comes to features, Apache is one of the leading web servers out there to supply you with the feature you want. But how does it compare to Nginx and Lighttpd?

Note: the lists are scroll-able.

Quite surprisingly, when looking at the total sum of each list, it seem as though Nginx has managed to almost catch up with Apache’s feature set. Lighttpd on the other hand is still lagging behind, and perhaps it’s for the better because the name Lighttpd do suggests lightweight-ness.

Also, here are some things that aren’t being reflected by the lists above –

Now personally, the features I cared about, besides the basics of course – rewrite, redirect, include, etc…, were: support for ssl, http/2 connections, php-fpm, and of course flexibility and speed (but we’ll get to that later on).

I found that both Apache and Nginx could accommodate my requirements but as for Lighttpd, I would have to compromise on http/2.

Before ending up the Features section and moving on to the next topic, I’d like to draw your attention to each server’s configuration syntax as a feature in its own. While most readers may be familiar to some extent with Apache’s configuration syntax or Nginx’s, many are probably unfamiliar with Lighttpd’s one, and more importantly – how does the syntax actually serves as a feature of the server.

So starting with the most widely known one – Apache. Apache’s configuration syntax is quite broad and well structured it uses predetermined directives to enable the user an easy way to configure the server (instead of, for example, requiring the user to write code). It also allows the user to include wildcards within the scope of each directive, or use a dedicated regex directives instead. Apache does not prioritizes clear-text syntax over regex one. The priority of directives is then determined by order of placement or by closer match (regardless if the match is reached by regex or plain text), for example:

The above configuration will deny anyone from accessing files inside “mydir” directory unless the file requested is “index.html”, and that’s depite the fact that “Require all denied” is set after “Require all granted”.

Similarly to Apache, Nginx also comes with directives and dedicated directives for regex built-in as part of its syntax, however, whereas Apache does not prioritizes clear-text over regex Nginx on the other hand does, since an exact match cannot equal a regex expression (see Nginx Configuration Riddle above for the rules priority order).

Lastly we have Lighttpd which have a rather small range of directives (compared to Apache for instance) and within those directives the user is mostly required to use either a predefined value, for example:

or, in some places where it fits, the user is encouraged to use regex, for instance:

The prioritization is then made by order of placement.

Considering all three approaches, it seems Lighttpd is both the most minimal as well as the most open one as it doesn’t have regex directives separated from clear-text nor does it prioritizes any directive in particular. Priority is basically trusted in the user’s hands which can be controlled merely by order of placement. In that regard Apache could be considered as having the second most open approach as it does require dedicated regex directives and lastly, Nginx’s approach is a little more strict than the others, having the priorities predefined by the server. 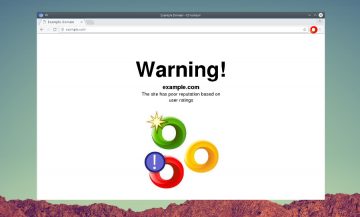