Don’t you just love it when a distro that is based off of another one actually has some uniqueness of its own to show for? If you agree, then you’re probably going to love Deepin.

A little spoiler before we begin the review: Deepin has certainly got a lot better since the last time I reviewed it. Some of the negative key parts I found back then have either been completely removed, fixed or optimized since.

So, the question remains: is Linux Deepin worthy of becoming your default operating system?

The first thing that comes to mind when thinking about Deepin, aside from its dazzling appearance, is the unique apps it has to offer users.

In today’s era there’s no lack of Linux distributions that are merely clones of another one only with the smallest of details changed by default.

Thanks to its amazing distinctive apps, such as: Deepin Movie – video player, Deepin Music – music player and Deepin Store – software center, I can happily report that Deepin is not one of those distros.

Besides the ones mentioned above, Deepin also has another unique app which specifically managed to draw my attention;

It’s called CrossOver and what it does is it assists you in migrating Microsoft Windows apps and use them in Deepin, that is, it helps you install Windows software.

According to its documentation, Windows games that are installed using CrossOver can run “as fast or faster than they would under a Windows operating system”. I would say this is definitely an interesting feature to have.

Even though it’s actually running WINE at its core, nevertheless the nice appearance and user-friendliness of CrossOver are much more appealing than running bare bones WINE.

Beyond that, another great app I feel worth mentioning, which is more of a system component actually, is the amazing shape-shifting Deepin Dock / Taskbar which has 3 different modes featured:

– I wish every Linux DE would come with such built-in options, it’s amazing!

One thing you’ll undoubtedly going to note about Deepin is that it cares about design A LOT, so much so that sometimes it would rather trade efficiency features for beautiful design.

To explain what I mean by that, let’s take the example of window decoration controllers, otherwise known as the close, minimize and maximize buttons.

In most of Deepin’s homemade apps you’ll find that there’s no maximize button / option. Now, judging from a design point of view, I can certainly understand why developers would prefer omitting the maximize option in some cases.

However that being said, if your goal is efficiency driven and that is your first priority, then omitting the maximize option from an app such as Deepin Store for instance – which can only be beneficial for exposing more apps at a glance, would be hurting a significant part of the app’s purpose.

Another example that may help better convey the message would probably be the launcher menu, or better say, launcher screen.

As beautiful as it may look, there are some who would argue that full screen launcher menu would only fit the smaller screen devices rather than desktop ones.

Of course, this is just a minor picking and not something you may call a “deal breaker” yet overall it adds up. As the famous adage says: “God is in the detail”. 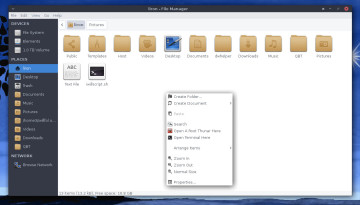 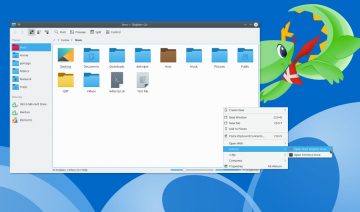