Linux and Windows are two separate kind of operating systems, they both differ from each other not only by the way each look and feels but also by the way they organize their file structure, i.e. one system uses single folders to contain mostly all of the components of an installed program while the other, on the other hand is using general folders to contain specific kind of file types.

To clarify on what the above paragraph is basically saying, here is a simplistic sketch I made depicting the differences between Windows and Linux file structure:

As you can see by the image above, while Windows is ordered in a manner where each program has its own directory, primarily inside the Program files, Linux on the other hand is organizing the programs in a way that they dispatch their diverse kind of file types among designated directories prepared in advance.

The principle behind the Linux file system is that if the referred program belongs to the user, i.e. for user needs as opposed to system needs then it should be found inside the usr directory, if you are looking for the executable (.exe) file type, then you should look inside /usr/bin, for bin is where most of the executable files go to.

This all might look a little bit complicated for someone who had just made his first steps upon Linux systems, maybe it’s because you are new to Linux and already used to Windows, then again, maybe not. But remember, this “complexity” is what gives Linux the ability to be so modular and flexible in contrast to other OSs out there.

So now that you are aware of the basic principles behind the way different programs are scattering their files amongst your Linux OS, here is an example of how you can launch Firefox straight from the file browser: navigate to File System by clicking on it in the left sidebar > then enter usr > bin > Firefox. 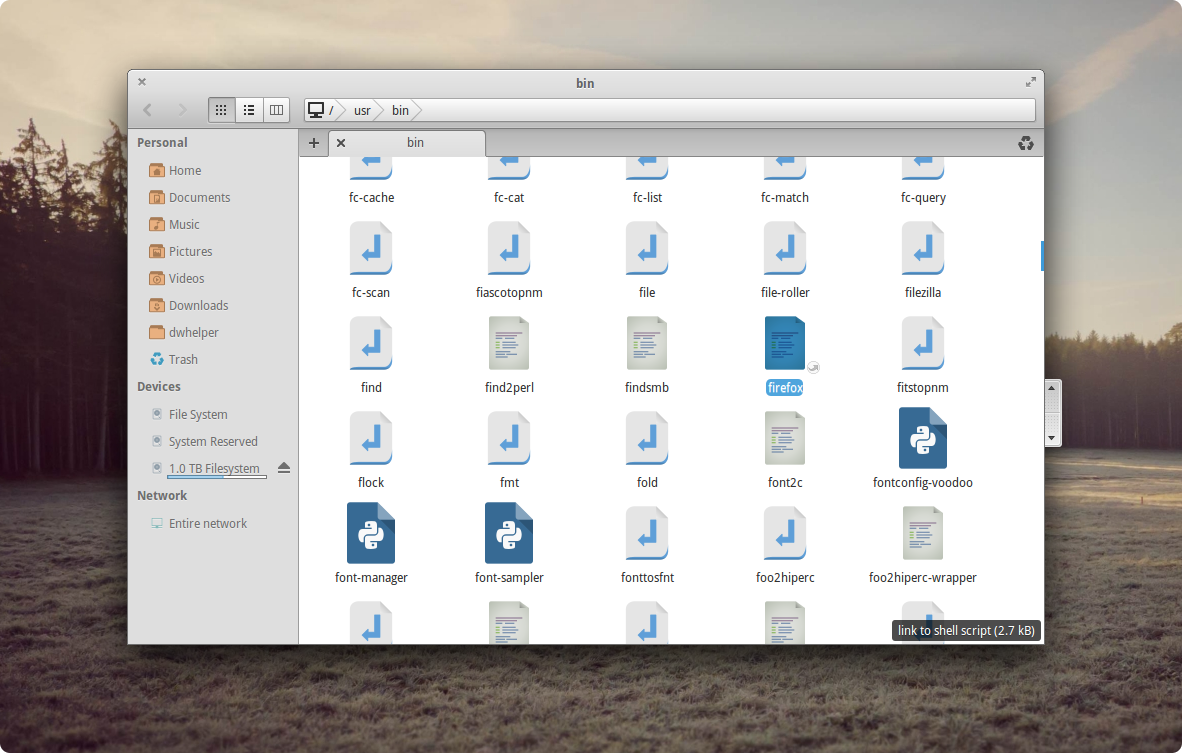