A new distro is being born right now – Devuan, try to remember that name, something tells me we’ll be hearing more about it in upcoming future.

For those of you who aren’t updated with what’s going on around Debian and by extension – the entire Linux ecosystem lately, here’s a link that will get you up to speed – Will Debian Be Forked In The Near Future?.

VUA Wheels Are in Motion

As you may have already heard by now, there’s a small wave of resignations which sweeps off the Debian project currently. Here’s one notable example – Ian Jackson resignation.

One of the main reasons associated with this wave is Debian’s last vote which determined adopting systemd as the default Init technology and voted to allow programs packaged for Debian to depend specifically on systemd.

This in turn, became the last straw which caused the VUA realize their threat and set the wheels in motion for building a new distro by forking Debian.

According to the VUA, Devuan aims to:

“be a base distribution whose mission is protect the freedom of its community of users and developers. Its priority is to enable diversity, interoperability and backward compatibility for existing Debian users and downstream distributions willing to preserve Init freedom.”

Aside from that, Devuan will stay similar to Debian in many ways, such as: the development workflow and infrastructure, it will derive its own installer and package repositories from Debian, modifying them specifically where necessary.

So people who had grown fond with Debian and its way of doing things will probably feel at home using Devuan when it’ll be ready.

Beyond that, although technically, the differences and similarities between Debian and Devuan are pretty clear, it’s an interesting question to note which one of the distributions has really went astray from the original principles upon which Debian lays?

After all, it’s Debian’s motto to be “the universal operating system”, that is, in layman’s terms – ‘ the operating system that fits all’, or am I just interprets it wrong?

If you want to know more about Devuan or feel like contributing to the project, visit the link (below) which will take you to its official website.

Oh and just in case you were wondering, according to Devuan official website, its name is spelled in Italian and it is pronounced just like “DevOne” in English. 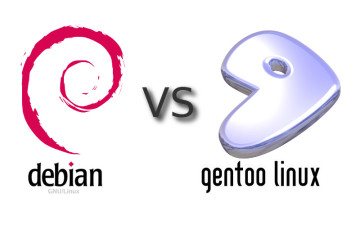 Debian VS Gentoo – Open for Discussion 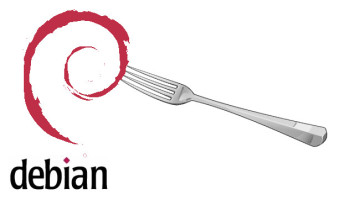 Will Debian Be Forked In The Near Future?