“If systemd will be substituting sysvinit in Debian, we will fork the project and create a new distro. We hope this won’t be necessary, but we are well prepared for it.”

On a publicly available web-page called debianfork, a group of veteran Unix admins are openly stating they’re considering forking Debian GNU/Linux because they’re concerned about what’s happening to it.

If you’re not yet familiar with the term init, suffice it to say that it’s an integral part of any Unix / like operating system which you may think of as the mother of all processes running by the OS (all the rest are its children).

The Bone Of Contention

As officially stated by the forking group themselves, whom we shall refer to as ‘rebels’ now on for convenience sake, it’s not about the fact that Debian chose systemd as their default init system recently, but rather the fear of being imposed to use it as a sole substitute for traditional Unix init system.

According to the ‘rebels’, systemd is betraying the UNIX philosophy, and by imposing the use of it, Debian would simply ignore the needs of most of its users.

What is wrong with systemd? you ask, well here’s the rebels answer:

“To paraphrase Eric S. Raymond on the issue, we see systemd being very prone to mission creep and bloat and likely to turn into a nasty hairball over the longer term.

We like controlling the startup of the system with shell scripts that are readable, because readability grants a certain level of power and consciousness for those among us who are literate, and we believe that centralizing control services, sockets, devices, mounts, etc., all within one daemon is a slap in the face of the UNIX philosophy.”

systemd, in case you were wondering, was developed by Lennart Poettering as new-age init system specifically tailored for the Linux API (i.e. it’s not suitable for BSDs and others).

This is not the first time one of Lennart’s doings is being criticized and widely hated, perhaps because of its conventions breaking nature, as a reminder you may also want to take a glance at Linux Kernel Developers Respond to: Open Source Community “a sick place”.

As for the forking and the rebels status, if you wish to learn more or maybe even lend a hand, head over to the official page (link below) and see the complete story, including comments, and what it’s all about.. 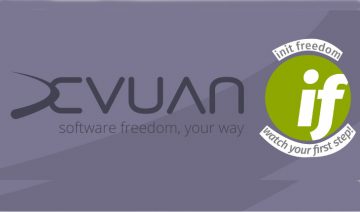