It’s been 4 days since Microsoft released the latest version of their flagship product – Windows 10 – and I have without any doubts jumped straight on board of it.

After running Windows 8.1 for over a year now, one of the things that immediately caught my attention upon booting it up for the first time was the return of the greatly missed Start menu.

Although it’s possible to get a classic Start menu working on Win 8 / 8.1 via a third party app.  Admittedly, nothing beats a coherent integration of software that were all made to work together by default.

Conversely, by simply switching to tablet mode via Action ( a.k.a Notification) Center or by customizing its configuration, you can still enjoy Start screen instead of Start menu if you so desire. 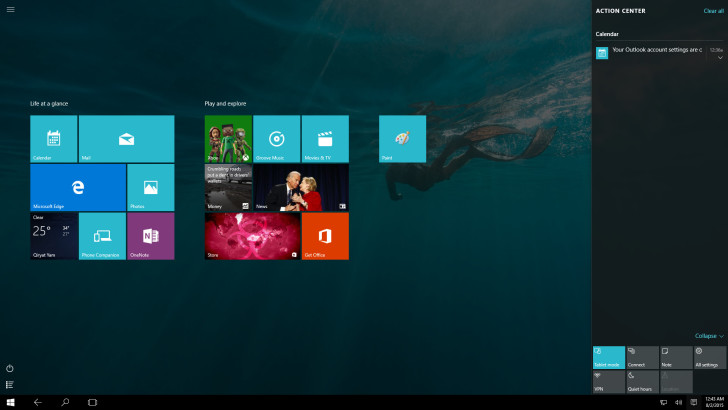 However, Windows 10 is much more than just the return of the good ol’ Start menu. It has plenty of new features and performance improvements to offer as well.

The Best Windows Ever

According to Microsoft, Win 10 is the best Windows iteration they have ever released.

At least in terms of cost and what you get in return, I think many users would tend to agree with this statement.

Nevertheless, Microsoft doesn’t seem to consider Win 10 to be the best just because it’s offered as a free upgrade, they also attribute its supremacy to the features and apps it comes with.

Edge does appear to have an edge over the browsers that preceded it.

It feels faster, it looks sleeker and has new interesting features such as Web Notes which may prove to be quite useful to some users. 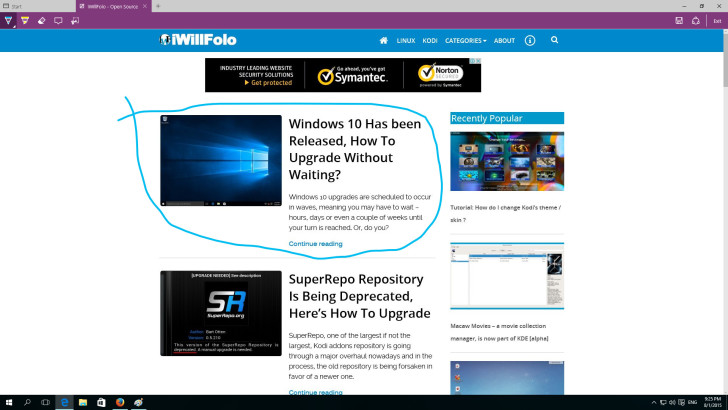 Yet, it’s still left for time to tell whether it can also overpower its parallel counterparts such as Firefox or Chrome.

Win 10 also comes with some new multi tasking features such as:

Quad Sanp – lets you snap windows to all 4 corners of the screen.

Windows Overview – while snapping a window to a side of the screen (in contrast to snapping it to a corner) or by clicking on the Task View button located at the Taskbar you’ll get an overview of all the other windows that are also currently opened. 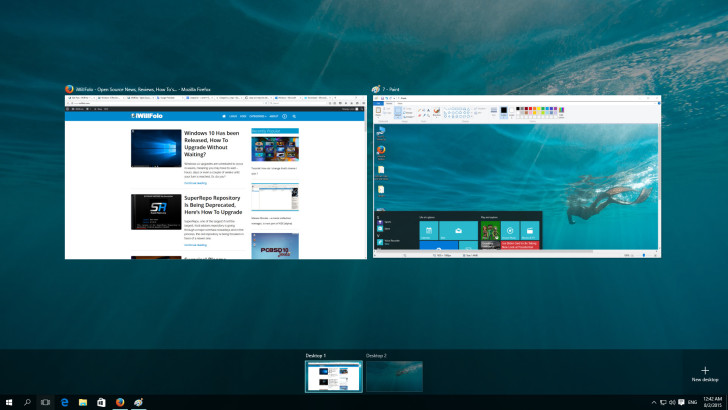 Virtual desktops – allows to create more desktop interfaces so you could group different sets of apps / windows according to a specific use-case. (a feature that already existed in Linux and Mac)

Yet another feature that Win 10 boasts at is having all the basic apps you may need pre-installed by default and supporting all types of devices you may use them on.

Apps such as: Movies & TV, Music, Mail, Photos, Weather and Maps are all very basic and pretty intuitive to use. 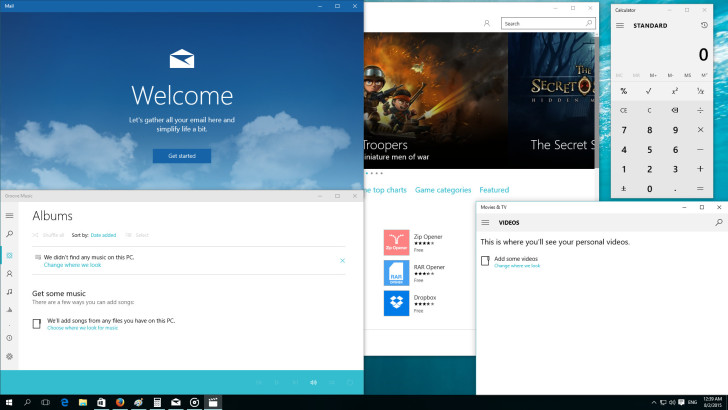 However, take it with a pinch of salt that there’s also a downside for having them all pre-installed, especially if you’re a desktop user. (more on that later)

Lastly, another feature that is well worth mentioning in this review is that Win 10 can be operated by the highest amount of input types Windows ever could.

So if you feel like: touch, type, write (using a pen), speak (Cortana) or click, now you can because these are all viable ways to operate Windows 10.

On the machine I have installed Win 10 on, it used about 1 GB of RAM while at rest and utilized approximately 4% of my CPU power. 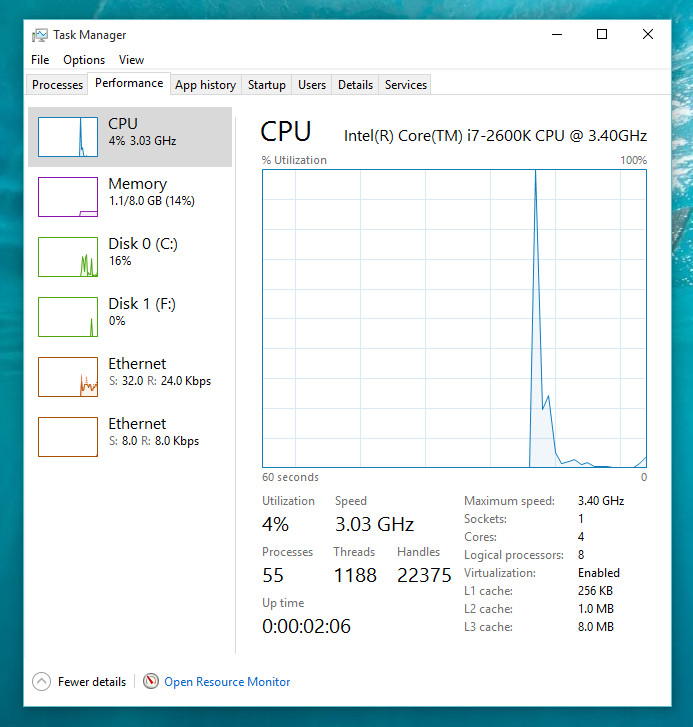 This is fairly OK when it comes to my own hardware capabilities though your mileage may vary between one set of hardware components to another.

In comparison to other operating systems though, particularly Linux, it is a bit of a resource hog.

Since the average Linux distribution, even with the most heaviest desktop environment only takes a little over half that RAM amount while at rest.

Besides RAM and CPU, since apps are now made with mobile limitations in mind, lightweight and responsiveness seem to have crept into the experience.

* Nonetheless, if that app is reliant upon remote data (from the Internet) there’s still a performance hit which is dependent on the speed of your connection amongst other things.

Windows 10 appears to be very nice looking and sleek at first glance.

It also comes with many personalization options built-in and allows the user a great deal of customization as well.

You can customize the background, colors, lock screen, theme and the Start menu right out of the box if you like, all by simply going into Personalization inside Settings tool. 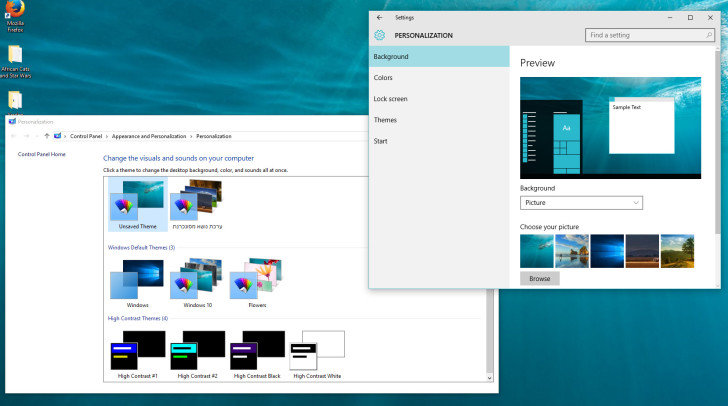 However, the merge between mobile and desktop is still very much evident not only in functionality but also in the looks of it.

You can easily notice Win 10 has a dichotomy issue upon opening a few different apps or by exploring its configuration options.

Some configuration options may sometimes lead you to open Control Panel whereas others will have you open Settings app.

Thus, appearance may sometimes appear less coherent and may be a little confusing for the non-techie person.

That said tough, in comparison to previous versions, Win 10 has much improved in the integration of mobile and desktop apps and even though you can easily distinct between one another they are at least all fit very well with the overall looks of the OS. 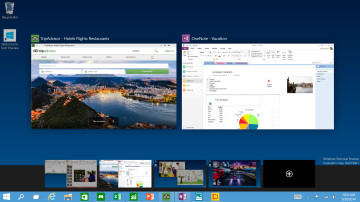 Windows 10 Announced! Technical Preview Available For Download As Of Today 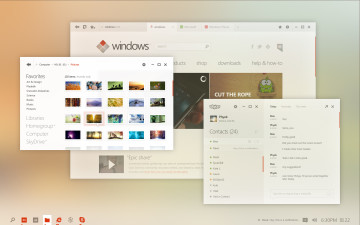 Is This How Windows 9 ‘Threshold’ Going To Look Like?