Users who have their Kodi setup based on an Android device will have (at least) a couple of new good reasons to be Jolly for when the next version of Kodi will arrive.

Kodi 18, also known by it’s unique code-name Leia, is planned to land a new feature which lets users use their device’s microphone in order to search, add new source, and basically to accomplish any task that involves the internal Kodi keyboard.

The new voice to text feature will be available across all Android devices say Team Kodi, however, at the moment it seems only Android TV users will be able to enjoy it. That is due to skin designers still haven’t found “a nice spot” where to implement the new feature (remote control users could activate it via the microphone button found on the remote itself).

Speaking of Android TV, another cool new feature headed towards users of the platform is the integration of Kodi in the main Android interface. Users that will install Kodi version 18 or later on their Android TV will now be shown, among others, content suggestions originating from their Kodi library.

Furthermore, Google voice search could be used to search through your Kodi library straight from the Android screen. However, the fly in the ointment is that plugins and addons will not be included in the search results – as those aren’t part of your library. 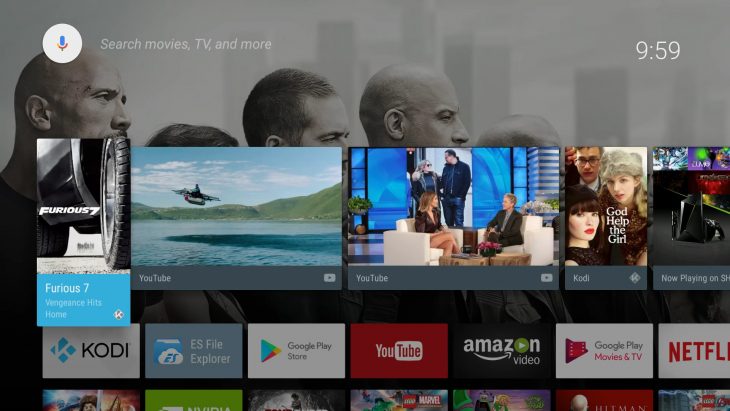 How To Activate Voice to Text

To start using the new features, which are already available on development builds, you’ll need to first enable “Allow remote control via HTTP” which can be reached by navigating through: Settings > Services > Control.

Note: you may need to first change the settings mode you’re in from “Basic” to at least “Standard”.

Also keep in mind that by allowing remote control via HTTP you may expose your Kodi to vulnerabilities which might stem from “badly protected” network or malicious add-ons installed, thus discretion is advised.

Last thing you should know about voice to text feature and in general about Kodi’s integration with Android is that in order for it to work you must keep Kodi open in the background (just minimize the app) so that suggestion and search will stay active.