In an ongoing saga that lasts for a couple of months by now, TVAddons repository – a major addon repository for 3rd party Kodi addons – has recently returned to being active online.

As the story regarding the mysterious disappearance of the highly popular repository, website and a community starts to unfold, it’s now been made clear that the suspicions and speculations about a lawsuit being involved were all true.

“TV ADDONS is being sued by Canada’s biggest telecom providers: Bell, Videotron, Rogers and TVA. They never sent us a takedown notice, despite being required by law.”

Adam Lackman, the man who identifies as being the founder of TVAddons, was the subject of an Anton Pillar order – an order meant to preserve evidence in civil lawsuits in which a search and seizure of premises is being performed. 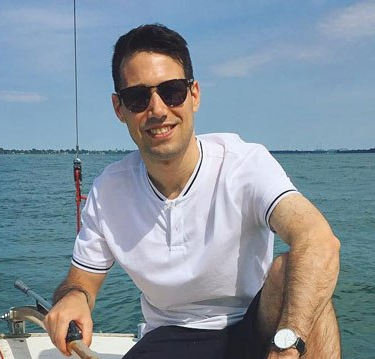 Due to that order, besides Adam’s personal belongings, TVAddons’ Web domains as well as social media accounts were all seized, prompting the sudden disappearance of the site which ignited the wave of rumors that came right after it.

A few days later, in a time that seem as though all is lost, Adam managed to fight back the draconian order through the assistance of his lawyers, henceforth removing the order off his neck followed by an order to return everything that was seized, by the court.

“They attempted to get us shut down while a civil lawsuit takes place, but justice prevailed and TV ADDONS won big in court.”

In reality, the outcome so far has resulted in TVAddons being back online with a new domain being held by the team, as the plaintiffs managed to stall the return of Adam’s property.

However, despite winning the case for the Anton Pillar order, the bigger issue remains at place: a lawsuit that claims TVAddons is in fact “infringing” copyrights under the law.

According to TVAddons, that claim has no base as only less than 1% of the addons indexed by the site are actually accused of infringement, adding that these addons are simply a conduit for accessing content similar to how search engines or Web browsers can be used for different purposes depending on the user.

While the lawsuit made by the Canadian companies had already reached it’s first boiling point, in what seems to be a very loaded trial, another lawsuit against TVAddons brought by Dish Network in the USA is just beginning. It’s David vs four Goliaths, as TVAddons present it.

If you wish to help TVAddons in their fight against censorship, start by spreading the word and sharing the news regarding the return of TVAddons, and also, see if you can donate for the cause.

You may visit TVAddons new domain by clicking the below button:

A guide on how to install TVAddons new repository will soon be published.

As a reminder, users who still have the old TVAddons repository (the one that connects to the domain that has been seized) are highly advised to remove it for security reasons.