It was just last week when people around the world and especially in the US were still agitated over the Apple vs FBI encryption dispute.

To those who are less familiar with the story, the very short version is that the FBI wanted to crack a terrorist iPhone encryption in order to get their hands on presumably valuable data, yet they couldn’t do so by themselves thus they tried to compel Apple to do that for them.

Apple, on their part, has refused to cooperate which almost led to one of the biggest lawsuits the world has seen this century.

Eventually however, the FBI has succeeded breaking into the phone’s data, reportedly assisted by an Israeli company named Cellebrite.

And now, a week after the issue was settled (at least for now), WhatsApp has announced and launched an end-to-end encryption feature that is on by default.

“From now on when you and your contacts use the latest version of the app, every call you make, and every message, photo, video, file, and voice message you send, is end-to-end encrypted by default, including group chats.”

The meaning of “end to end encryption” is that only the sides of each message, i.e the sender and recipient, are able to decrypt the message and read its content.

That is, not cybercriminals, not hackers, not oppressive regimes and not even WhatsApp themselves should be able to “eavesdrop” and access the data.

Furthermore, WhatsApp founder, Jan Koum, had also found it fit to mention how important it is for the company and specifically himself to protect users privacy:

“The desire to protect people’s private communication is one of the core beliefs we have at WhatsApp, and for me, it’s personal. I grew up in the USSR during communist rule and the fact that people couldn’t speak freely is one of the reasons my family moved to the United States.”

It’s interesting to note therefore that Telegram, one of WhatsApp’s biggest rivals in the industry, has always been reliant on security and being encrypted-centric.

Perhaps, it’s the common background from which both companies founders have came from.

Yet the skeptic will probably argue that it’s simply WhatsApp’s industrial answer to their competitors that has been the motive behind the move. 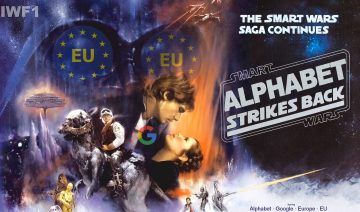 Europe Vs Google 2: Alphabet Strikes Back!