If you’re enjoying the functionality and comfortability that Kodi brings into the world then you’ll probably be glad to hear that it’s about to get even better.

According to the latest update regarding the next version of Kodi – 15.0 codenamed “Isengard”, which is currently in second beta stage of development, there’s much to expect for especially if you’re a Android device owner.

Aside from the usual bugfixes expected improvements, Kodi 15.0 will also include a new seeking feature called “adaptive seeking” which is best explained through the following video by one of Kodi’s team members:

However, adaptive seeking isn’t necessarily the main highlight feature you should get excited about in Isengard.

The other improvements to Kodi 15.0 which might make many Android device owners delighted about are the refresh rate switching and 4K Playback ability which are going to enhance video quality.

“One of the limitations of the Android platforms always was that it wasn’t capable of switching your screen to the same refresh-rate as the current playing video. This could cause a slight video stutter occasionally as video frames had to be duplicated to keep audio in sync.”

“Although true 4K implementation for applications like Kodi is only planned in Android M, one of our developer found a way to at least incorporate this for the Android 5.0 platform”

Both of the above quotes were taken from the official Kodi website.

Nevertheless, as you may note in the latter one, actually both of the herein features are dependent of Android version 5.0 and your specific device capability to support them, i.e. whether it has the required firmware / hardware for the task.

So you may want to take it with a little grain of salt.

A Word Of Advice

Apart from that, also planned for this upcoming release is a database clean-up which may cause a short delay during initial start after the upgrade.

Note, it is strongly advised by Kodi developers that you’ll remain patient during the process, which may take up to a few minutes, and in any case do not turn off the device during the initial start.

If you consider yourself belonging to the group which is commonly called “early adopters” and wish to take Kodi 15.0 “Isengard” for a test drive, click the button below and download the version appropriate for your platform. 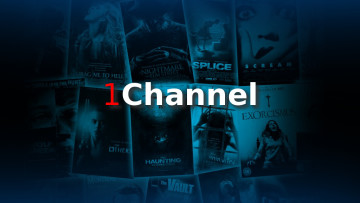