About two years have passed since PC-BSD 9.0 was released to the world and many has changed since then, let’s see what new features does the latest release has brought with it:

As you can see a lot of new features has been added to PC-BSD 10.0, if you had hardware detecting issues when previously trying to install it on your machine, then, perhaps now is the right time for you to give it another try. 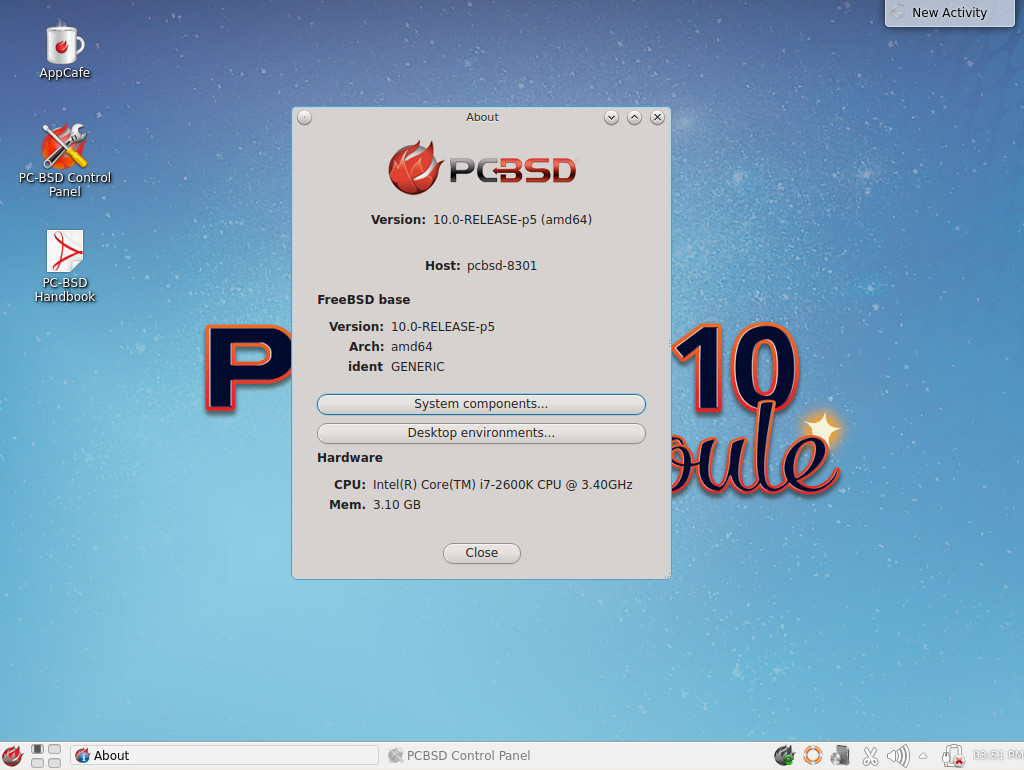 In case you have the 9.2 version, ZFS and 64-bit as well, and would like to upgrade it, it’s also possible! backup your system first is advised,  then initiate the upgrade by copy pasting the following in Terminal as root.

A full PC-BSD 10.0 review will soon be featured in iWillFolo, so stay tuned.