The first time I encountered Movian was almost 2 years ago, back then it used to be called Showtime Media Center and its interface was a little different than it is today.

Even then, its tremendous speed was immediately apparent, however some bugs and lack of compatibility have prevented me from using it daily.

Today, a couple of years later, Movian seems to have taken a few steps forward and perhaps now will be its time to shine.

First, Movian’s interface was overhauled and it now looks more modern than before, Nonetheless, the minimalism that characterizes it remained untouched.

Beyond that, another great feature Movian still holds lies in the fact that some Kodi addons are overlapping with Movian’s, such as Navi-X or YouTube addon for instance.

This fact makes it easier on people who are coming from Kodi platform to easily adapt and acclimatize to Movian’s workflow and way of doing things. (not that it’s complex by any means either)

However, without a doubt, the best feature Movian holds in its sleeve is the speed it brings to the table.

If you ever experienced sluggishness when starting or closing Kodi, or when installing / uninstalling and loading addons or their content, then you’ll probably know to appreciate the speed boost I’m talking about.

To be honest, after a few years of Kodi, which don’t get me wrong I still do like very much, yet suddenly when I installed a addon in Movian and snap, it was there. I couldn’t help but feel an admiration for the amazing feat Movian’s developers have pulled.

On the technical side of things, the reason Movian is so fast is because from core to top, Movian is written in programming languages that tend to produce faster code execution than the ones Kodi is written in. (C vs C++, Javascript vs Python, etc…)

Nevertheless, what Movian seems to be missing out the most currently is more plugins (Movian’s counterpart to Kodi’s addons).

Although supporting wide variety of platforms: Linux, Android, Mac, PS3, Raspberry Pi and Chrome, it seems that the masses aren’t quite familiar with it as they are with Kodi. (maybe because there’s no MS Windows port of it)

Which may account for why large number of developers still haven’t adopted it.

That said though, it’s important to clarify that Movian currently do covers all the basic features you’d expect from a media center, e.g. streaming media: videos, audio, it has subtitles support, etc…

It is a fully featured media center, it just doesn’t has the same amount of addons Kodi currently has.

Moreover, just like Kodi, Movian is also a media center primarily intended to be used directly on a TV, yet as mentioned previously, it is available for all sorts of devices as well. 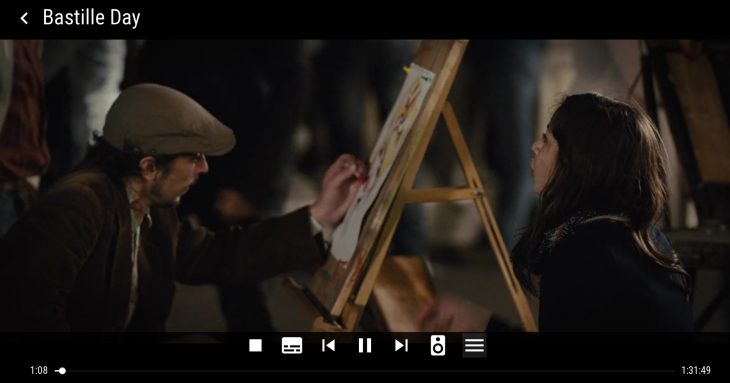 Movian has prebuilt packages for a variety of platforms (mentioned above) which can be downloaded by clicking the button below.

You can also compile Movian from source if you like, you’ll find the source code and instructions here.

Windows users can use Movian by installing its Chrome version, just search it inside Chrome store.

When first running Movian, you’ll be greeted with a clean and straight-to-the-point homescreen, offering you Plugins, Local network and Settings options, a search field would be located right above them too. 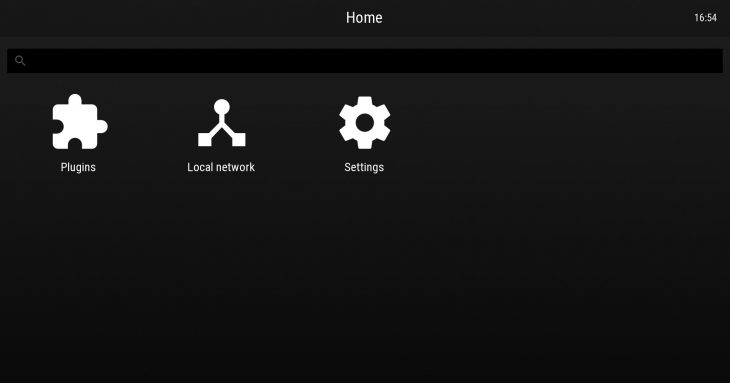 Thus the first thing you’d want to do, other than configuring network connectivity in case you need to, is go into plugins and install one you like.

The plugins will be organized under different categories to make it easier on you to navigate and choose the ones you like.

Once you find one you want to try, click on it then click on install and return to the home-screen where every plugin you install will be waiting for you there to run. 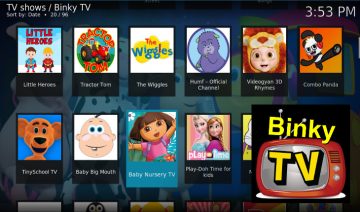 How To Install Binky TV Kodi Addon For Kids 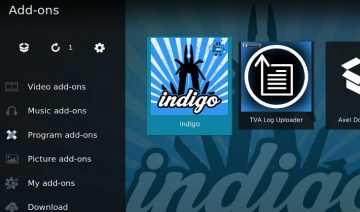 What is Indigo Kodi Addon and How Do You Use it?